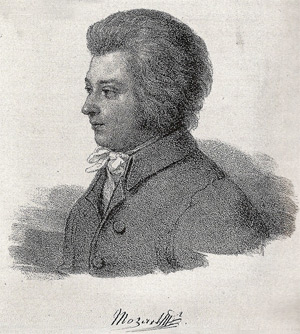 Few people are aware that Mozart was a pioneer in composing and arranging for wind ensemble.

He is the first composer, who wrote full-fledged symphonies for winds alone, that were published later as “Serenades.” Also, Mozart recomposed his opera The Abduction from the Seraglio K. 384 as Harmoniemusik, the so called Donaueschingen Harmoniemusik, that was discovered in 1983. Moreover, Mozart’s music was transformed in many attractive wind settings by others. Floricor Editions made a selection.